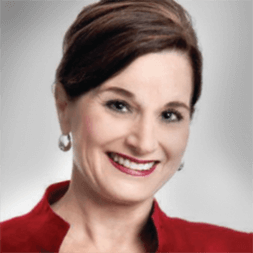 Past Boards and Community involvement

Dawn was born in Connecticut but considers Vermont her “northern” home state.  She moved there in 1967 with her family and maintains the family home and farm there today.

Dawn’s father was permanently disabled and confined to the home when she was 14.She became his right-hand “man.”  Her mother worked three jobs to support the family.  Since her brother Stephen was away at prep school on a full scholarship, Dawn and her father spent many days and hours together.  He taught her the skills necessary to run their small farm, which she has and does to this day.

He taught her how to use power tools, do electrical wiring and plumbing, and hook up the snow plow to plow the long driveway.  The culture of the home focused on math, science and music.  She has vague memories of her father talking about the stock market.

Dawn was an average student, but showed a gift for teaching.  At 16 she was tutoring other students.  At 17 she skipped her senior year having completed the requirements for graduation, and was placed in a middle school as a teacher’s associate, a position she held for 4 years.

She married early and had two daughters.  Ten years later she found herself in Florida, divorced with her 2 and 4 year old girls.  The jobs available to her were low paying, ranging from dispatching dump trucks at $4.00 an hour to waiting tables on the weekends.  Determined not to loose her house, she rented out two bedrooms and the garage, bunking her daughters in one room while she slept on the couch.

Her goal was to provide her children the opportunity to go to college.  That meant finding a better job and the ability to be home in the evenings to help with homework.

A Career is Born

Dawn took a job at a brokerage firm as a file clerk on her mother’s encouragement.  “Thank you, Mother, for that advice.”  Early in her time at the brokerage firm, as a back office employee, she watched a stock grow from .25 cents to $4.75 a share.  She asked the broker selling the stock if he thought she should put her entire savings of $3,000 into the stock.  He said yes, so she did.  She came back from a short vacation to find the stock worth 5 cents and never recovered!  This painful first experience owning stock shaped her business philosophy.  It taught her that she needed to have more information and better advice in order to make investment decisions.  She also knew others were in the same position.  She would be the one to provide better information and advice to the public and her own clients based on thorough knowledge .of what fits each individual’s financial situation.

She says, “It’s a lot like trying on shoes, you may try on 10 pair but when the fit is right you know it!”

She learned every job in operations and looked to advance.  When that door stayed closed, she considered leaving.  Serendipitously, the firm hired as manager, Dennis Nelson. Her mother suggested she stay long enough to give him a try.  “Thank you, Mother.”

Because he needed good proficient help in a hurry, Dennis not only charged her with staffing the office, but also with getting her Stock and Commodities licenses to help assist him with his clients. Even while working two jobs, she passed in record time.

Dawn soon specialized in commodities and speculative stock options.  Her skills in these areas expedited her rise in becoming the youngest and highest producing broker in the branch!

Frustrated by the pace of a commodities broker along with the pressures from the firm to keep her production (commissions) high, she looked for another way to be both financially productive and creative. Dennis Nelson, still her manager, encouraged her to open the first fee-based firm in Naples. On Crash Day October 19th, 1987, she opened Litchfield Asset Management and three months later, Dennis joined her.

Her first year in business saw the shutdown of three Naples financial firms due to fraudulent activity, the national S&L crisis and the largest percentage one-day drop in stock market in history, and it is still true today.

She and Dennis held on although times were very tough and both made personal and financial sacrifices to keep the company afloat, including delivering newspapers at night.  “Every day we thought would have to close the doors.”  Dawn believed they could make it, and would say, “just one more day, we need just one more day.”  Finally that day came.

In 1994, a bad year for the stock market, the company now called Litchfield, Nelson & Co. began to grow.  Dawn had been on the radio for nine years teaching, guiding and advising, and they knew they could trust her and her company; many of her listeners became clients.

That company continued to prosper, even after the office was destroyed by a hurricane 2004.  In 2010 the frim name was changed to The Naples Money Managers.

In 1985 while still at the brokerage firm, Dawn accepted the invitation to do a live talk show on WNOG radio illuminating the financial markets she understood so well and taking calls from listeners called “Money Matters.” Dawn concluded each show with:  “Money matters, but most of all, and most importantly, you matter,” and that philosophy has never changed.  The program ran for 13 years.

Radio reintroduced her to one of her passions -- teaching.  She expanded her love of teaching by joining ABC—WEVU TV as Financial Editor during the 6:00 o’clock evening news program and eventually as the FOX-TV News “Financial Insighter.”

She is a lively and clear speaker and was often asked by local and national groups to give talks and workshops.  Many attendees asked if she had video tapes of her talks.  That constant refrain gave her the idea to produce TV shows to address some of the topics in her speeches.

It would make shows that would teach Good Money Values—Patience, Planning, Team Work, and Responsibility.  Several friends joined the effort and they called the show “Kiss my Assets.”

After producing the pilot show, Dawn and her teammates were guided toward a different audience as the focus, children.  They produced three episodes of “The Lemonade Stand,” which were shown as a three-part special on TV networks around the country.  Check out financialfundamentals.com

What Drives Dawn In the Future

Sharing Knowledge and Making it Fun!

She continues building The Naples Money Managers by providing solid advisors,money management and creative financial planning for her clients.

She will continue to be a financial champion for all. In particular she  drawing on her personal experiences along with those she has learned from others to help women grow in confidence through knowledge to avoid “laying down to be walked on.”

She will transform financial literacy into a usable format using her TV/Web production company.  She will take the message of “good money values” nationwide making a positive difference in the lives children and young adults.

Dawn will always be committed to her family, her clients, and her community.  Stay turned; one never knows who or what will next be touched by her limitless passion.  That’s just Dawn.