How Does Bitcoin Get Its Value?

What Are the Risks of Bitcoin?

The Good, The Bad & The Ugly

New Business Cycles ... In the Nation and at The Naples Money Managers 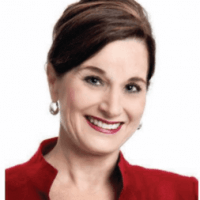 Inflation: Transitory or Lasting a Bit? 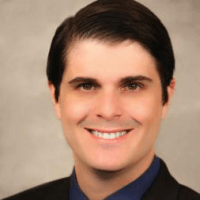 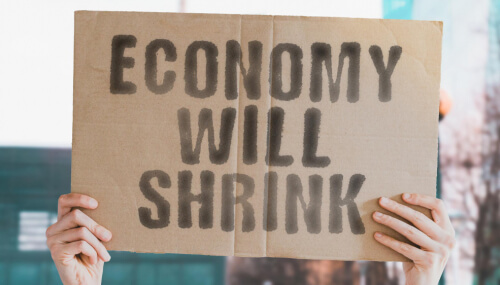 Last week, when the latest U.S. GDP numbers were announced, talk about the dreaded R-word — recession — got a little louder. Regardless of the “are we or aren’t we” discussion, you may be feeling the pressure of economic forces. With uncertainty being high, there has never been a better time to have a portfolio strategy in place and to execute on it with a trusted advisor. Our covered call strategy (the Power of Mapato) and our relationship are built for times like these. When you are worried about not having enough when times get tough, I can help you focus on the "components" of our strategy. These components can be assessed at any time and one can actually see how they are contributing to the portfolio.   This will also help you to tune out the “are we or aren’t we” talk, and instead focus on the now and the future.  Give me a call and we discuss how the strategy is producing well even in theses times. Success in all your efforts, John 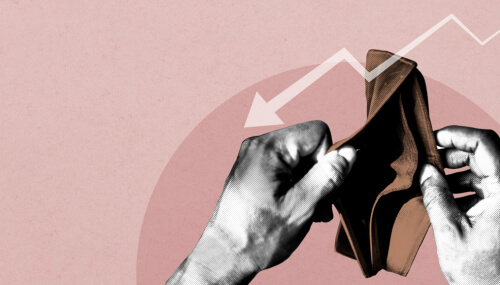 Finding the Upside in a Downturn

Is now a good time for you? How you answer that question in 2022 is sounding more like how you answer the age-old phrase “Is the glass half-empty or half-full?” Your outlook on a situation can make all of the difference. Last week a measure of the “feel good” sentiment in the U.S. hit a surprising low. Apparently, households are the most depressed they have been since the University of Michigan began its long-running Consumer Sentiment index in the 1950s. Does this describe how you feel? If so, we definitely need to talk! Because those results deserve a reality check. Even in this environment, there are many ways to capitalize on opportunities available to you. And working together, we can find the upswing in a downturn. The articles below are a good start for ideas. Share with anyone you think might benefit as well.. Let’s connect and talk more about it. Success in all your efforts, John 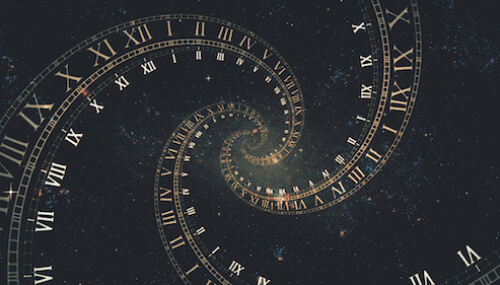 You Only have so Much Time

Time has been described as many things: The great equalizer, precious, a commodity, a healer, and fleeting. But there’s one thing time is not: limitless.  The Wall Street Journal article below has an important message about how we can make the most of our time with our loved ones while we’re still here on this earth. The stress and uncertainty of the past few years in a pandemic has certainly strengthened many peoples’ resolve in that regard. What has it taught you? Has it spurred you to a new goal or prompted you to finally do that thing you’ve been putting off? Let’s talk about it and get a plan in place. Enjoy the article, along with some other timely financial news to inform and inspire your actions in the coming days. Success in all your efforts, John 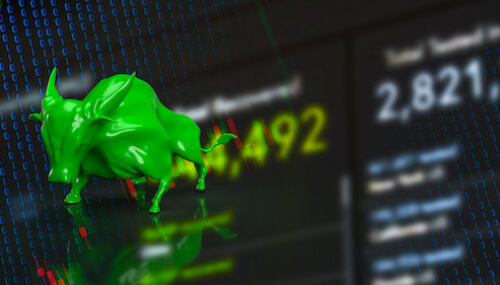 What to do with a Bear

It was in London's Exchange Alley that this downward trend called a "bear market" got its name. In the early 18th century there were bear skin traders who sold the their bear skins BEFORE they actually caught the bears ... something like "short selling" today. By definition, a bear market is a prolonged period of stock or index prices declining by at least 20% from its recent highs. Though the S&P 500 did fall a little over 20% on May 20, 2022 from its high in the first week of January, it didn't stay long. So, just like an experienced hiker knows, panicking is the worst thing you can do if you meet a bear in the woods (probabilities are very low). And it is the same in responding to a bear market. Although both are unexpected, having the Mapato Income & Growth portfolio is the best way to ensure you won’t get mauled — financially! Here are some articles I found interesting that I think you might enjoy as well. Let me know what you think. Success in all your efforts, John 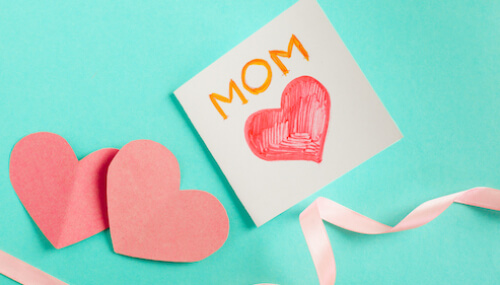 Social media is filled with influencers — and 'finfluencers' — attempting to fascinate us with stories on how to make the most of our lives and finances.  But with Mother’s Day on May 8th, we’re reminded of the very first finfluencer in our lives — our mothers (or grandmothers, aunts, etc.).  Yes, you can thank your mother for some of your money habits, whether good or bad. A growing body of research including a study from the National Bureau of Economic Research finds that mothers’ financial beliefs and behaviors have a profound effect on children's developing financial outcomes. Take a moment to consider the emotions and family stories that have influenced your personal relationship with money, and if you feel honored, share the valuable insights you’ve gained. I can add perspective as well to help discover what may be holding you back. Check out the articles below with more info and some great tips from moms and for moms this week. Happy Mother’s Day! Enjoy. Success in all your efforts, John 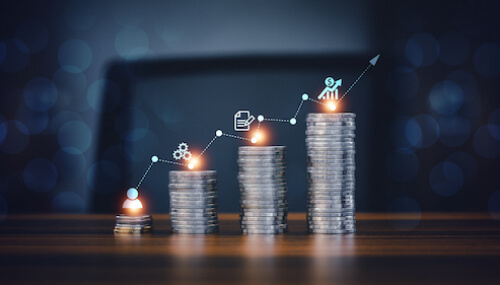 Focus on your Portfolio's Objective

Focus on your Portfolio's Objective Hello Nico, There is so much going on globally that it can be really tough to focus on the critical. Our focus for our clients here at The Naples Money Managers is reducing portfolio risk and increasing portfolio income both of which are crucial to a retiree's success. The truth is, many investors believe that their sole portfolio objective is growth over time and that the "buy and hold" strategy will always deliver. However, there are crucial components that are constantly being missed, such as: quantifying portfolio risk using the metric "Beta" creating an additional income stream taking action during all market cycle Success in all your efforts, John 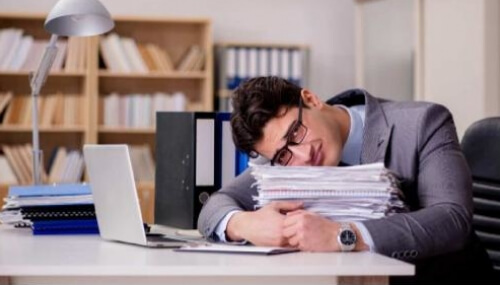 The Antidote for Procrastination

Who hasn’t procrastinated filing their taxes? Now it seems the IRS is even pushing the deadline — in issuing your refund. Millions of taxpayers’ refunds are delayed this year, and the IRS has admitted that tax returns are piling up. The Forbes article below can tell you more about how this could affect you in the coming weeks. It’s really common to procrastinate about money tasks, especially if negative emotions are involved, but procrastination could cost you in the long run. That’s where I can help. Working together, we can prioritize your goals and break down tasks into smaller, more manageable chunks. Doing so turns intimidating deadlines into achievable, realistic goals — and increases your confidence as well. And who couldn’t use an extra dose of confidence this year? Check out the New York Times article for the science behind beating procrastination. I’ve included some additional articles for insight and advice as well. I’d love to hear what you think! Success in all your efforts, John 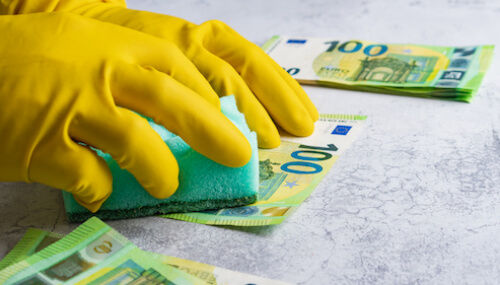 With the start of spring comes the annual desire to freshen up, breathe in new life, and clear out the winter gunk that piled up during the months stuck inside. And it couldn’t come with better timing, considering 2022’s bumpy economic start on the heels of the past two tumultuous years. Thankfully, the concept of spring cleaning works for much more than your dwelling - you can apply the same principles to refreshing your finances, habits, and relationships too. So where do you start? This year, try starting at the top - with your brain, as the New York Times article below suggests. It’s a fun approach to decluttering your mind as we enter this new season. And it can help you free up valuable time and space to pursue your interests, goals, and passions. The additional articles are worth a read as well - they include helpful tips and information to keep you informed this week. As always, reach out if you have any questions. Let’s keep in touch. Success in all your efforts, John 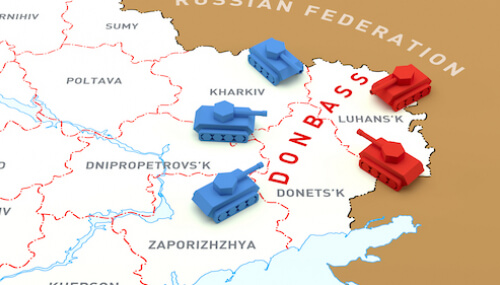 Staying Calm in a Chaotic World

Last week, the world changed. As we watch the horrifying events unfold in Ukraine and the political and economic fallout, it’s hard not to empathize with those in danger. Our beautiful world has been involved in aggression since its earliest days. From the end of the Second Boer War of 1902, the world has experienced about 33 major conflicts. Unfortunately, war has taken place in every year of the 20th century. At the end of 1902, the Dow Jones Industrial Average sat at 64.60. Now, some 120 years later the DJIA hoovers around 34,000. While our prayers are with those suffering, the financial markets have remained extremely efficient in digesting a myriad of economic and geopolitical data. Herein is the very reason for all the ups and downs in the stock market. On a minute by minute basis interest rates, international currencies, crude oil, gold and a host of constant inputs to the markets are evaluated by it and new prices are derived instantaneously. Remember ... the DJIA was formed on May 26, 1896 and continues to provide effective pricing for the 30 large publicly traded companies that make it up. It has always delivered over time! Success in all your efforts, John 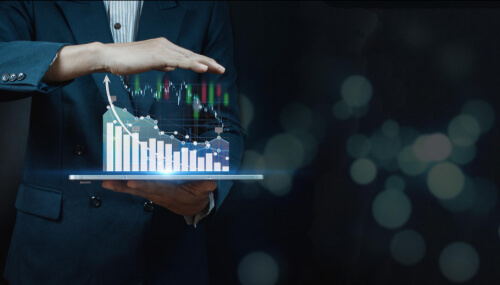 Market History and the Economy

This year has delivered above average market volatility along with a very interesting economy, that we believe, makes for strong market performance for income and growth opportunities for investors. Through all the economic, market and political turmoil that we've experienced since the 50's, there is a statistic for the S&P 500 index that is rather powerful. It shows that of the 63 "10-year rolling periods" since 1950, 61 of them have had positive market returns ... that's 96.8% of the time. Realizing that past performance doesn't secure future returns, such statistics help us as investors to look at our market and economic stability in a rational way. Enjoy the articles, and as always, I’d love to hear what you think. Let’s keep in touch. Success in all your efforts, John